The first-ever CAVALIADA Sopot Grand Prix, for the prize of PKO Bank Polski, under the patronage of the Mayor of Sopot, saw 45 riders on the startlist. 11 of them went through the 12-fence 145 cm course faultless, including 7 from Poland. The jump-off was very tight, because in the end only 0,23s separated the Top 3. Ultimately the win belonged to home rider Jarosław Skrzyczyński aboard 9-year-old Inturido. It was the horse’s first ever victory in a ranking class.

“The strategy was simple: to go fast and clear because there’s tough competition. The jump-off always requires some risk and mistakes can happen. None happened for me today. Inturido is still young and just beginning his adventure with ranking classes. I think he feels good here, at ERGO Arena. He was second on the first day and he won today. I can’t imagine a better finish.” – said the winner. 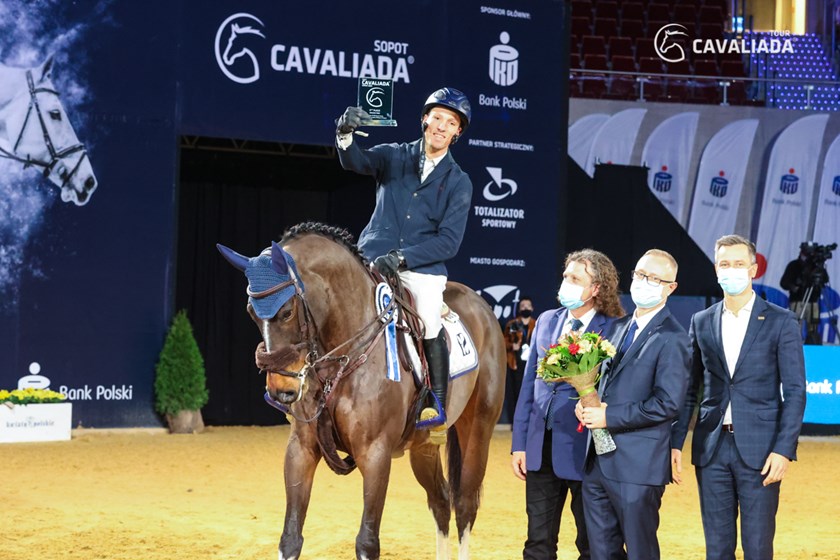 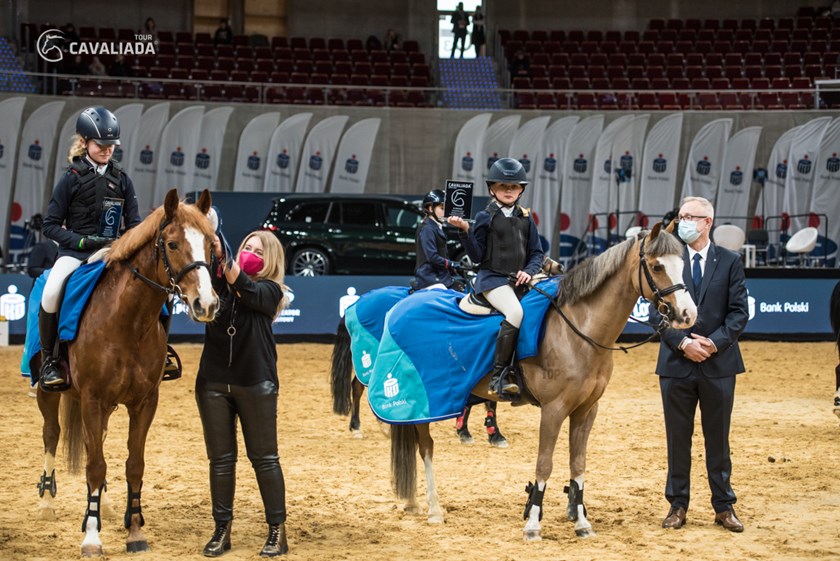 The final CAVALIADA Future classes were also played out today, for the prize of PKO Bank Polski, under the patronage of Torpol. After a 5-horse jump-off, the best pair of the MINI category was Katarzyna Zawadzka and Wedog Pride N Joy. Second place went to Wiktoria Cwalina with S-Piorun, and third to Zofia Kamińska riding Pasjonata Parys. In the MIDI class, the winner was Gabriela Romanowska with Happy Day, followed by Zofia Ciszek with Dżarna and Michalina Jach riding Kreska. 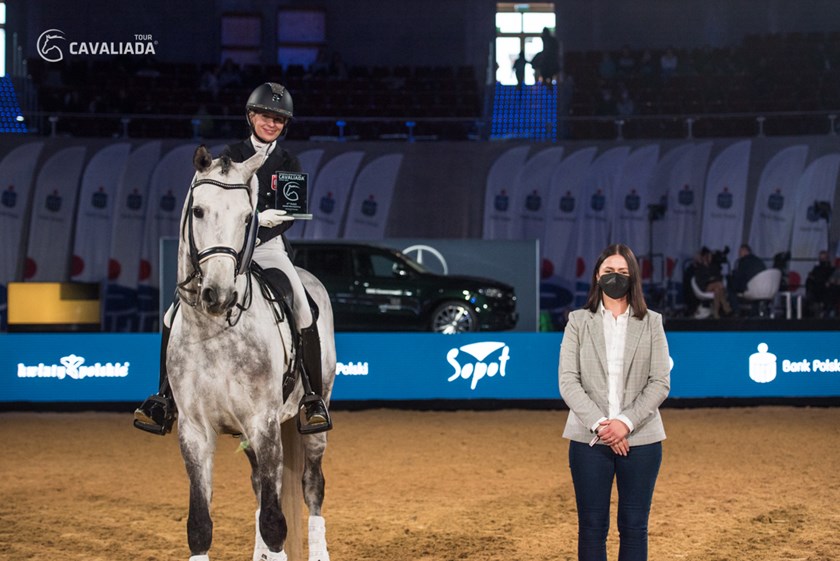 The best rider of the Grand Prix Freestyle competition within Immergas Dressage Tour was Sandra Sysojeva, representing KS Centurion with Jack Daniels, with the score of 74,700%. Therefore, the rider secured her leading position in the ranking before the final in Kraków. Aleksandra Szulc riding Breakdance took the second place, and third belonged to Anna Mierzwińska with Dean Martin.

The Small Tour Final, for the prize of Covalliero, ended with the victory of Filip Lewicki (POL) aboard 7-year-old Keldita. Jakub Ryczkowski with Quality Queen finished second, and Jacek Zagor with Hera de Lux finished third.